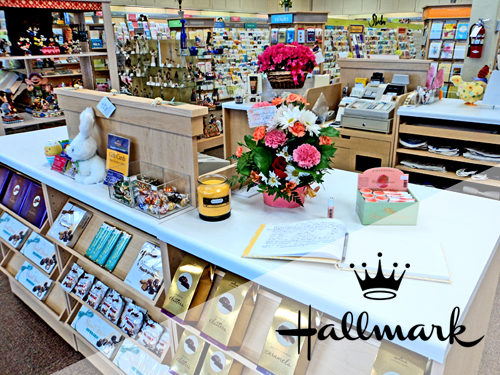 A new U.S. Post Office unit has recently opened inside Tiff’s Hallmark at the Bear Creek Plaza, located on the corner or E McAndrews Rd. and Biddle Rd. The Hallmark’s Owners, Tim and Stephanie Reins, were approached about installing the U.S. Post Office in August 2012, and after some negotiations, it opened on December 1, 2012.

The new Post Office is a welcome addition to the Bear Creek Plaza, which serves as a central shopping destination to residents of Medford and the nearby towns. With over 43,000 cars of daily drive-by traffic (according to City of Medford), and clear visibility from the major I-5 Freeway, the Plaza occupies one of the most prominent intersections in town.

Since its opening, the U.S. Post Office inside Tiff’s Hallmark has received positive response. “So many people who have used the postal service here have commented on how happy they are that we are here. They are so pleased with the friendly service and short lines,” said Stephanie Reins, Owner.

Tiff’s Hallmark itself is a newcomer to the Plaza, opening there in the spring of 2012. They were the latest addition to Bear Creek Plaza, which now runs at almost full capacity – with only one vacancy of 13,500 square feet left available. This high occupancy rate reflects the region’s emergence as the prime shopping destination of Southern Oregon – with Rogue Valley Mall, Providence Medical Center, and the new Trader Joe’s and REI stores located within two or less blocks away from the Plaza.